The Next Step Dance Studio 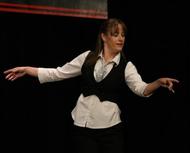 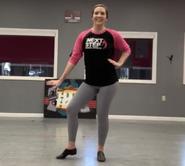 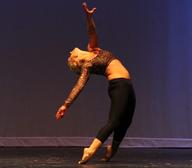 The professional staff at the Next Step is the reason the studio’s goal of providing a positive experience for all ages, levels and styles always exceeds expectations!

Missy is the Owner and the Artistic Director of The Next Step Dance Studio. She opened the studio in 2005 and has been the driving force behind the great things the studio has accomplished over the past 16 years. Currently, Missy is instructing the studio’s hip hop, jazz, and lyrical classes. She has 30 years of experience dancing and teaching all ages and levels throughout Berks and many other surrounding counties.

Her dance training began at a young age and grew into her becoming an award-winning dancer. Missy has studied dance on both the East and West coasts and under such notable choreographers such as Frank Hatchett, Savion Glover, NappyTabs, Mia Michaels, Tricia Miranda, Willdabeast, and Wade Robson, just to name a few. She continues her dance education by taking classes and attending conventions throughout the year. Missy has also worked extensively with cheerleading squads throughout the country, was a member of a professional dance team, and has choreographed numerous musicals in the area.

Missy is proud to be able to share many dance opportunities with her students.  They have been the opening act for the Charlie Daniels’s Band, The Gin Blossoms and performed at many other community events.  Some of these events include dancing throughout the year for The Philadelphia Flyers, Temple University Football, The Philadelphia 76ers, The Harlem Globetrotters and The Reading Royals.

Additionally, her choreography has won at Regional and National levels. Among her many awards,  the "The Truly Talented Hip Hop Award", "The Director's Double Take" , "Best Musicality" and the ADCC Studio of Excellence are a few of  her most memorable! She is very proud to be the Owner and the Artistic Director of the Next step Dance Studio and believes her passion for dance is what truly makes this studio a “step” above the rest!

Miss Lacey teaches our Tap, Ballet, and Combo Classes. She has 30+ years of experience in dancing and teaching. She has studied Tap, Jazz, Ballet, Pointe, Musical Theater and Partnering. Lacey has done outstanding choreography for Genesius Theater and was the Assistant Choreographer of 42nd Street for a local performing arts company. Lacey is an award winning teacher and choreographer. Lacey was given the prestigious award of “Truly Talented Tap” two years in a row at a National level. Lacey continues to study dance by taking classes and attending conventions. Lacey is an extremely talented tap dancer, to say the least, and that is shown through her students.

​Miss Erin teaches Creative Movement, Combo and Tap. She started as a student at the Next Step when it’s doors opened in 2005. Through out the years Miss Erin has studied Tap, Ballet, Jazz, Lyrical and Hip hop. As a dancer, Miss Erin has competed and won many times at dance competitions throughout Pennsylvania. Among her many awards, she was given the “fantastic feet’ for her solo tap performance in which she also received the highest scoring solo award. Miss Erin has furthered her training by attending both the Monsters of Hip Hop and JUMP dance conventions. She is a graduate of Millersville University where she earned her degree in Elementary and Special Education. While at Millersville, Miss Erin was a dance team member and competed at NDA nationals in Daytona Florida. She is currently a 2nd grade teach for the Twin Valley School District. We are excited to welcome Miss Erin back to The Next Step and proud to have her as part of our teaching staff.